On Monday October 29th, 2012, come out and watch the demolition of the derelict buildings at the corner of Rideau and Charlotte Streets in order to make way for the temporary park. The activities will start after 7 a.m., although the duration to conduct the demolition and ground grading is unknown.

The site will hopefully soon be cleaned up with the demolition finished some time on Monday and then we would expect the start of the landscaping.

1. The Contractor appears to have finished this portion of the work and has left the project.
2. The remaining equipment has to be removed.
3. The site has been mainly leveled and the temporary fence has been removed. 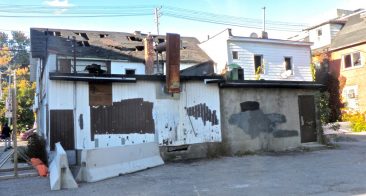 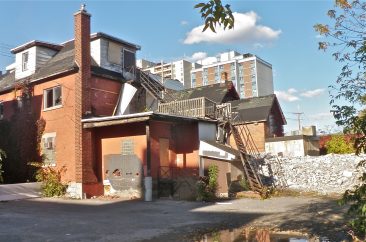 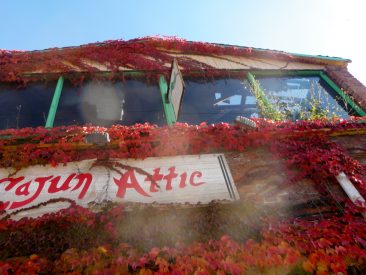 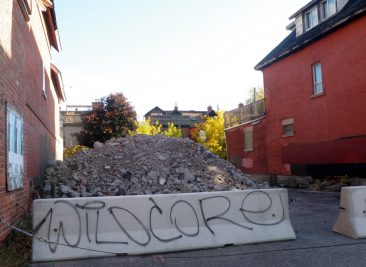 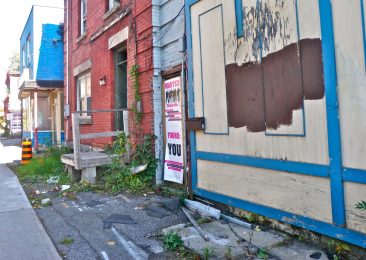 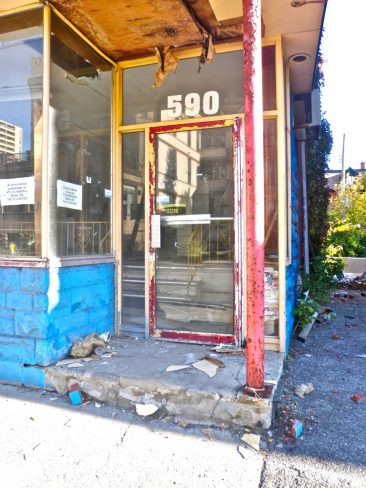 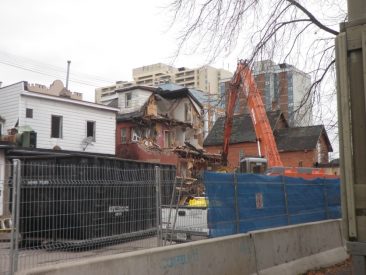 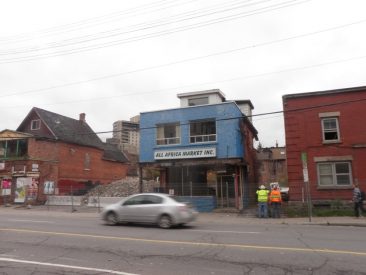 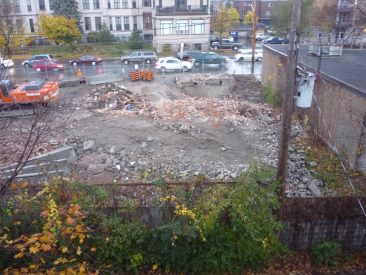 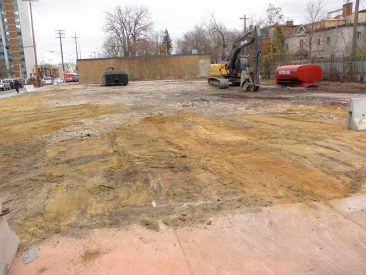