The release of the Downtown Tunnel Feasibility Study occurred in Aug 2016 (delayed from Q1 2016). This Study examined several possible routes for a 417 to Macdonald-Cartier bridge tunnel and concluded that a tunnel was technically feasible.

The recommended route for a tunnel would locate it’s southern portal off the Vanier Parkway at Coventry Rd and continue under the Rideau River, East Sandy Hill, East Lowertown with the northern portal at the southern end of the Macdonald-Cartier bridge.

The proposed tunnel would be 3.4 km long, would in fact be 2 separate tunnels (one for each direction of travel), with 2 lanes in each tunnel. The cost was estimated at between 1.7B$ and 2.0B$ (2015$).  It was estimated that if the tunnel existed in 2016 that it would carry approximately 1700 trucks and 20,000-25,000 cars per day.  During the peak afternoon period the car traffic would approach 1400 vehicles per hour and a forecast was made that this would increase to 2500 vehicles per hour by 2031.  Unfortunately the Study did not provide any forecast for how much additional truck traffic the tunnel would carry by 2031.

Ottawa City Council on Sep 14, 2016 voted 21-2 to set aside 2.5m$ in the 2017 budget for a detailed environmental assessment (EA) for this tunnel and comissioned the Mayor to approach the provincial and federal governments to also contribute to the funding of the EA on a 1/3 basis.  The EA process includes significant opportunities for formal public consultations.   It is expected it would take 3-4 years to complete.

The Study and its supporting technical appendices can be downloaded from the City of Ottawa website at this link:   http://ottawa.ca/en/city-hall/public-consultations/transportation/study-documents

ASH submitted this Truck Tunnel Feasibility Letter to City Council in advance of the vote.

Map of Tunnel Routes Considered in the Study:  (The recommended route is coloured in red). 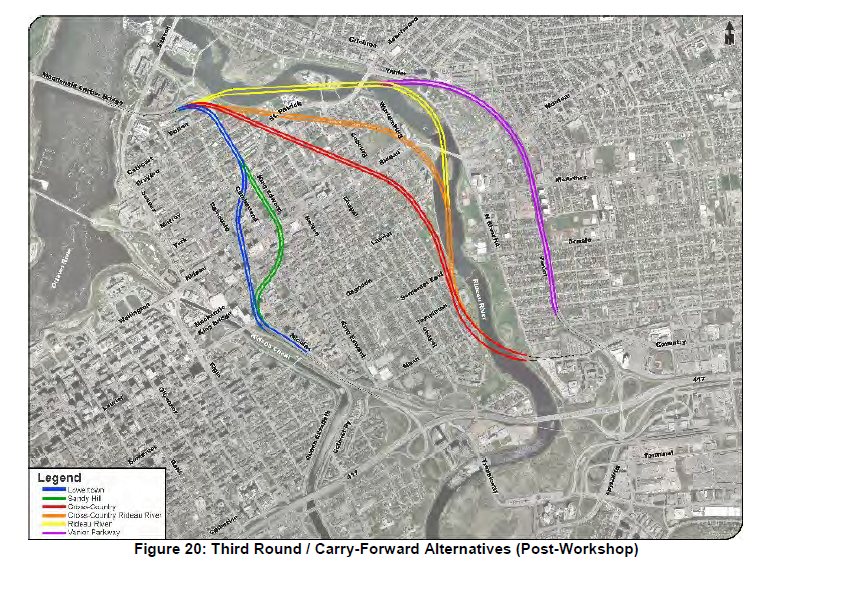