Meet the ASH board 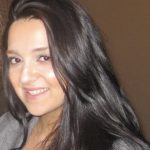 Susan Khazaeli has lived in Sandy Hill for over 10 years. She loves the rich history and architecture of the community, its diversity, its residents, and its great walkability to everything from parks, shopping, dining, and arts and culture. It’s truly the best place to live in Ottawa!

After becoming a mom – she has two young boys – she appreciated how many families are in the neighbourhood. She wants Sandy Hill to remain the safe, clean, green, bilingual and inclusive neighbourhood with gloriously preserved architecture that people will want to move to, raise their children in, and remain in.

She holds a PhD in Political Science and works as a Defence Scientist. She is always learning and is interested in many, many subjects and topics.

Peggy DuCharme is a Place Management Professional based in Sandy Hill who is passionate about programming and managing public space to enhance the customer and visitor experience.

An award-winning place management professional who has travelled extensively, she has over 30 years experience working with business improvement areas, municipalities, festivals, events and organizations.  She has created programming and managed “place” in Toronto, Kitchener and Ottawa, Ontario.

Peggy was the Executive Director of the Downtown Rideau Business Improvement Area for 27 years until February 2021, when she started her independent business PLACE 613.  Working with cities and stakeholders, PLACE 613 offers services to improve the public realm by addressing both the actual and perceived safety and experience value of a place.

She has lived on Daly Avenue in the ArtHaus condo above the Le Germain Hotel and Ottawa Art Gallery for the past three years, and previously on the other end of Daly for two years from 1994-1996.

Past board experience includes several committee positions with the International Downtowns Association, past president of the Ontario Business Improvement Area Association, membership committee chair of Ottawa Tourism and secretary of the ArtHaus condominium board.

Prior to a career in place management, Peggy was an advertising and public relations professional in Toronto.  She was born in Cambridge, Ontario and is married since 1992. 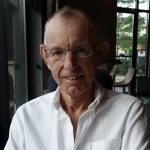 Dave Elden has lived in Sandy Hill for over twenty years and serves as a board member and the membership coordinator for ASH. He also manages the association’s web site and has been one of the organisers of the annual Sandy Hill One & Only craft show. Dave previously served on several other executive committees and boards for organisations promoting photography and photographic education. Dave’s working career was spent in the high-tech manufacturing sector. 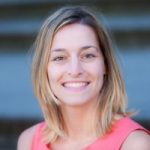 Stéphanie Plante is a Sandy Hill enthusiast who doubles as an expert in election systems and administration and electoral integrity. She loves libraries, cooking, working out, vaccines, The Golden Girls and spending time with her family. Stéphanie is determined to bring more representation and gender parity to the topography of the City of Ottawa and is francophone et fier. She is the former executive director of the International Commission of Jurists – Canada and a proud graduate of the University of Windsor.

Anya Fraser lived in Sandy Hill 10 years ago and just moved back in 2020! She’s happy to make this neighbourhood her forever home. She chose to come back to Sandy Hill because she likes living in a well established and diverse community that’s walking distance to downtown and all amenities. As well, she lives in a historic home and loves the classic architecture in Sandy Hill.
A policy analyst for the federal government, she looks forward to engaging with her neighbours, analysing issues and developing solutions to make our community a better place to live, work and learn.
Originally from Vancouver, BC, she did her Master’s in Public Administration at Dalhousie University in Halifax, NS. She misses the ocean a lot, so you’ll probably see her walking or jogging along the Rideau River, the Canal or the Ottawa River. She loves dogs, books, beer and the great outdoors.