Those who have been around in Sandy Hill for some time will know that the volume and speed of traffic on Mann Ave has been worsening for many years. This situation is all the more serious considering that the Viscount Alexander primary school is located along one of the more challenging stretches of the street where there is a long distance between adjacent crossings and a hill which often increases the speed problem.

Now, there is some good news thanks to funding from the City’s Light Rail Implementation Office. Although that might seem like an unlikely connection, there is a back story which provides the explanation.

The construction of the LRT will begin within the next year and the construction consortium will be using the University of Ottawa’s (UofO) parking lot K on campus as a staging area for some of the construction. As compensation to the UofO the City has agreed to allow daytime parking for up to 100 cars displaced from their lot K to the Sandy Hill arena which is directly across from the Viscount Alexander school. The parking activity is anticipated to be mostly staff and as a result the peak traffic will occur at the start and end of the work day, adding close to 100 cars to the already 1000 cars per hour at peak times on Mann Ave. All this at roughly the same time that students are going to/from the school.

The Viscount Alexander school and Action Sandy Hill requested that as part of the agreement that some measures be taken to mitigate the impact by implementing some measures to help calm the traffic on this section of Mann Ave. After a few meetings facilitated by the Councillor’s office and which included the Light Rail Implementation Office and Traffic Operations, it was agreed that some traffic calming measures will be implemented with an intended operational date of Sept 2013. The funding to implement these measures will come from the LRT project budget.

The specific traffic calming measures that have been planned include flashing lights to be installed on the 40 km/h school zone speed signs as well as a pair of speed humps along the section of Mann Ave in the vicinity of Viscount Alexander school. These 2 measures should help to keep the traffic speeds down to a more reasonable level on Mann Ave between Russell and King Edward. We are optimistic that this change will be seen as a win-win from all perspectives. 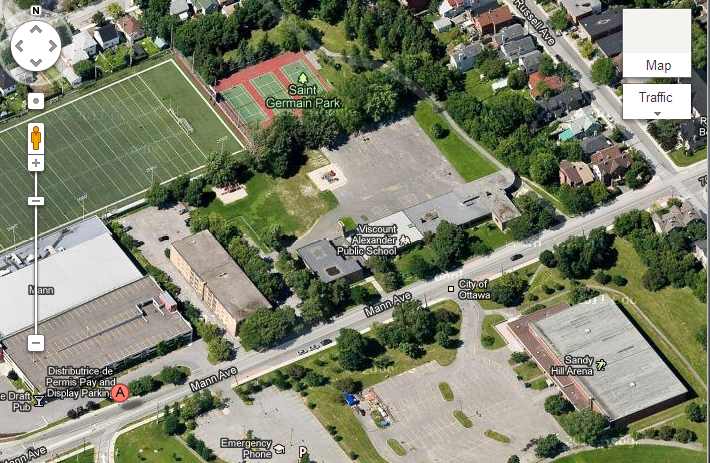